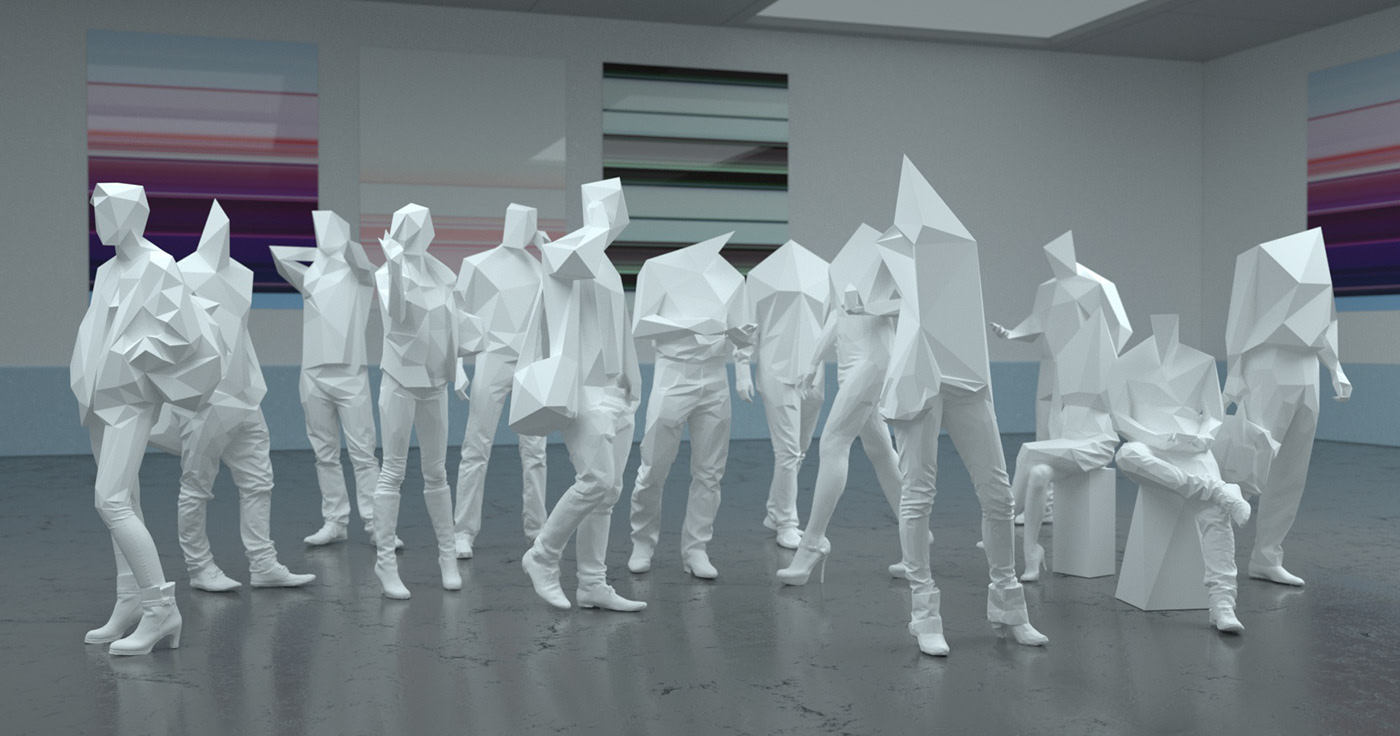 The ARTLABguide’s dose of curated works, from contemporary fine art, to illustration, and the numerous fields of design to inspire you to find the creative in the everyday and fuel your creative habit.

This lush interior is modern, sleek, and bold in its design and vivid colors, patterns, and textures. Sergey Kraysuk photographs the space impeccably.

Influenced by sculptor Alberto Giacometti, whose body of work about the human condition, Ying Wei’s collection of low poly sculptures in “Disappearing Person” is like a modern interpretation of Giacometti’s work, making a thought-provoking statement about the digitalization of people in today’s society.

Los Angeles based ceramic sculptor Courtney Mattison creates amazingly intricate pieces that bring environmental awareness to its viewers while celebrating the fragile beauty of nature. Confluence is a site-specific piece that is part of the US Embassy in Jakarta, Indonesia, heart of the world’s Coral Triangle, in which the artist hopes her work to inspire excitement, yet also empower individuals to act in conserving our currently threatened natural reefs.

Heritage by Madison Brand Identity by Re

As fusion lies at the heart of Heritage’s concept, Re subverts “the familiar into something delightfully foreign” in an identity that has a new take on East meets West, where it is more of a blend of two cultures into one: inventing “fusion proverbs” for brand voice, mixing bold and subtle, modern and traditional, subdued with pop throughout their color palette, typography, and textured brand elements.